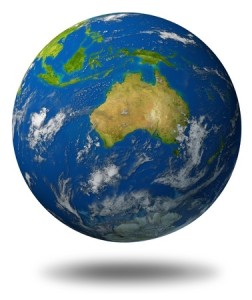 2. If all the sails of the Opera House roof were combined, they would create a perfect sphere. The architect was inspired while eating an orange.

3. Black Swans. Before European explorers had reached Australia, it was believed that all swans were white. Dutch mariner, Antounie Caen, was the first to be amazed at the sight of Australia’s Black swans on the Shark Bay in 1636.

4. The male lyrebird, which is native to Australia, can mimic the calls of over 20 other birds. If that’s not impressive enough, it can also perfectly imitate the sound of a camera, chainsaw and car alarm. Watch this video: www.youtube.com/watch?v=XjAcyTXRunY

5. There have been no deaths in Australia from a spider bite since 1979.

7. 91% of the country is covered by native vegetation.

8. Australia is the only continent in the world without an active volcano.

9. If you visited one new beach in Australia every day, it would take over 27 years to see them all.

10. The Australian tax year runs from the beginning of July one year to the end of June the next year.

11. The  Great Barrier Reef is the planet’s largest living structure.

12. The Australians no longer use a penny. When you are paying for something in cash, the cashier automatically rounds the price to the nearest five cents. When you pay by card, the price stays at the original penny-point without rounding up or down.

13. Four out of 10 Australians are migrants or the first-generation children of migrants.

14. Australia as a country is both very similar and at the same time, very different than many other western countries due to its distant location and colourful history.

15. Australia has a larger population of camels than Egypt.

16. After Athens, Melbourne has the world’s largest Greek population.

17. The Aussie state of Tasmania has the world’s cleanest air.

18. Australia is the 6th largest country in the world in terms of land area.

19. Australia’s “dingo fence” is longer than the Great Wall of China. 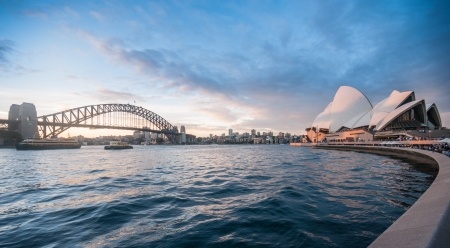 20. Sydney is Australia’s largest city, but NOT it’s capital – Canberra is the country’s capital city.

21. Melbourne has the largest public tram system in the world.

22. Australia has the most natural UNESCO World Heritage Sites.

23. The name Australia comes from the Latin Terra Australis Incognito which means the Unknown Southern Land.

24. Urban dwellers – Australia is one of the world’s most urbanised countries, with about 70 per cent of the population living in the 10 largest cities.